I dubbed Asheville, NC the Crossroads of the Nuclear Heartland when I moved here in 2000 and brought with me an outpost of Nuclear Information and Resource Service. 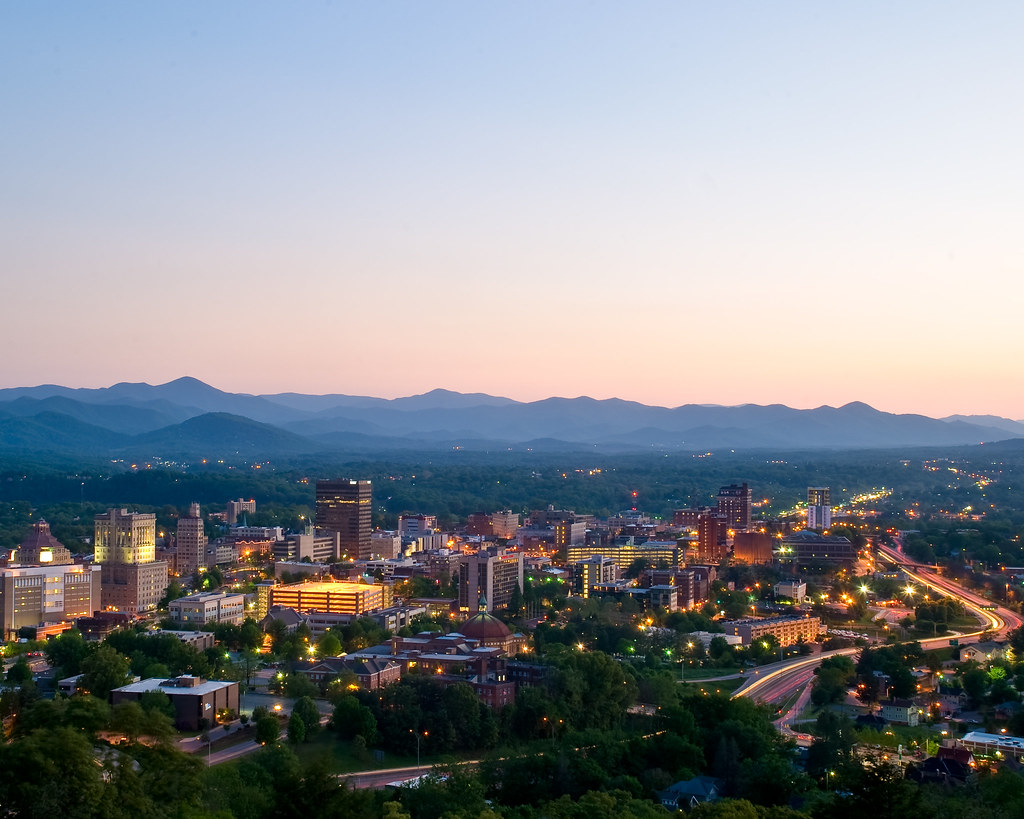 Two interstate highways, I-26 and I-40 intersect here, and it is somewhat amazing that these two join literally 300 feet above the Norfolk Southern Rail line.

This rail line hugs the French Broad River for more than 80 miles, and at Asheville, crosses the river from East to West, directly below the big inter-state bridge.

All of these routes are currently conduits for nuclear fuels, materials, and wastes, and in the event of a full-scale Mobile Chernobyl of the commercial highly radioactive spent nuclear fuel, under some scenarios, this most deadly of wastes could “cross-over” on these routes.

Asheville is a beacon of a healthy lifestyle, local business, local food, local brew and the lively art, craft, and music traditions of Appalachia. People here recognized quickly that nuclear waste is not compatible with these commitments, or the tourism that the local economy depends upon.

People here “get it” that even without the devastation of a major accident, the enormous containers of nuclear waste emitting X-ray type waves, moving through the community and its surrounding mountains, would create a “chill” in our lives and our business.

Activists in Asheville became active on nuclear shipments in 2002 after a conference on health effects of radiation organized by NIRS and held at the University of North Carolina, Asheville, featuring experts from in the region as well as national and international experts. The local campaign became known as “Common Sense at the Nuclear Crossroads” and eventually, in 2004, published a major study looking at transportation routes from reactor sites to the Savannah River Site in South Carolina.

The group used the report to brief the Mayor, and with her support, create a ground-breaking briefing for the Homeland Security group. The report was a public document, but its author, the late John Sticpwich had identified many issues of security along the routes that he did not include in the public version. Our briefing and candor in choosing to withhold information that could be used with malicious intent were appreciated by the local Homeland Security team.

I moved to the Southeast to lead the NIX MOX Campaign, focused on stopping the use of plutonium from dismantled nuclear weapons as fuel for commercial reactors. In 1999 both Duke Energy and Virginia Power (now Dominion) were under contract with the US DOE to use this novel, and much more dangerous, nuclear fuel. This was before the onslaught of new reactor proposals—the overwhelming majority of which would target the Southeastern states from Maryland to Louisiana.

While Plutonium was the initial focus for the NIRS Southeast Office and stopping new reactors became its major work, building awareness of the hazard of nuclear transport has been core work…and it continues even though both MOX and nearly all the new reactors that were proposed have been successfully quelled, at least for now.