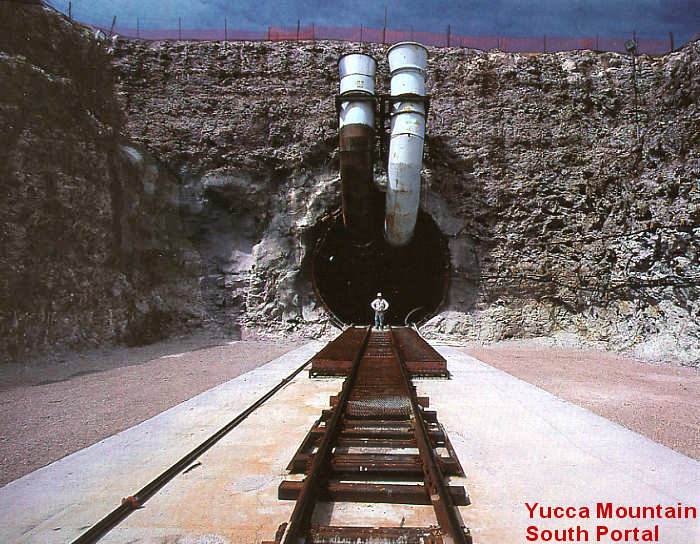 Spouting conventional wisdom in Washington is a booming business. It’s the business of innumerable reporters and pundits and even supports entire publications, like Politico and The Hill.

Anyway, the problem with conventional wisdom, especially in Washington, is that it is so often wrong.

The conventional wisdom scribes have been falling all over themselves since Senate Minority Leader Harry Reid announced last month that he won’t run for re-election to spout what is obvious to all of them: Reid’s exit means Yucca Mountain will finally open.

After all, Super Harry has been single-handedly preventing Yucca from becoming the nation’s single most lethal plot of land.

If you’ve never seen conventional wisdom in action, then you’re in for a treat. Here it is, in all its shining glory, in The Hill last week: Reid’s exit removes obstacle to Yucca nuclear waste site.

Ignore the 880, mostly inane, comments to the piece and focus on the lede: Reid’s retirement “is removing one of the biggest obstacles” to Yucca. Find an anonymous Hill staffer to quote, preferably a Republican, “There’s no question that people are looking around and saying, ‘Yeah, this news is good for solving the nuclear stalemate and having Yucca be part of that solution,’  a Senate GOP aide said of Reid’s planned departure in 2017. There’s no reason to oppose Yucca beyond a political calculation, and the math on that just changed.”

And make sure to get a quote from Yucca’s biggest booster, Illinois Republican Rep. John Shimkus and add the tantalizing possibility that some Democrats support Yucca Mountain (as a few always have).

Bury the actual facts late in the story, after the ads. Like, the fact that likely Democratic presidential nominee Hillary Clinton also opposes Yucca Mountain. As does the state’s other Senator Dean Heller, a Republican. And the Republican Governor, Brian Sandoval, as well. Oh, wait, the article does forget to mention that one.

Why is there such widespread opposition to Yucca? It’s not because Harry Reid doesn’t want the project. It’s not blind support for President Obama, who began ending the project as soon as he came into office in 2009. It’s because as one of the most studied places on Earth, it’s the one place on Earth we know will leak if it becomes a radioactive waste dump–a fact NIRS and other environmental groups have been pointing out, with greater and greater scientific backing, for decades.

But I remember when he was the junior senator from Nevada, and Senator Richard Bryan was the senior senator, and very effectively led the Congressional opposition to Yucca which culminated in the 2000 veto by President Clinton of a Yucca/Mobile Chernobyl bill–a veto that was sustained by one vote.

It was Bryan who spoke from the stage at our 1997 anti-Yucca concerts in Washington with Bonnie Raitt, Jackson Browne, Indigo Girls and more. Not Reid.

During the debate on that 2000 legislation, I watched C-Span on my computer and fed Reid’s office with information every few minutes to counter the pro-Yucca statements. Reid wasn’t as ready then to effectively take on Yucca; Bryan, nearing the end of his political career, didn’t need any help.

Indeed, it wasn’t until after Bryan retired, and Reid and I had a private meeting in his office, that we became fully comfortable with him in his new role as the lead anti-Yucca spokesperson on the Hill. And he went on to far surpass all of our expectations.

But the opposition to Yucca isn’t–despite the conventional wisdom–about Harry Reid. It’s about the fundamental fact that putting the nation’s lethal high-level radioactive waste in a highly seismically-active zone, where radioactive materials from weapons tests that went into the mountain in the 1950s have since leaked back out of the mountain, makes no sense. It’s about the fundamental fact that even the Department of Energy admits that the mountain provides essentially none of the required prevention of leakage of the waste; the casks–which will rust and decay and the unbuilt and quite possibly unbuildable titanium shields the DOE now says are essential–provide 95% of that protection. If that’s the case, and it is, then the waste could go anywhere. Like underneath any of the nuclear reactor sites in the country.

That would be a stupid idea, of course; but it’s no less stupid at Yucca Mountain. If we’re going to have a permanent waste repository, and we need one sooner or later–sooner if we can end radioactive waste generation sooner–it should at least offer some measure of protection. We know it won’t at Yucca Mountain.

The opposition to Yucca Mountain is deep, broad and national. It also has proven its effectiveness over the years. And it’s not going away. Senator Reid knows that. That’s why he can confidently say, as he did the day after his announcement, that “Yucca Mountain is dead.”

The Las Vegas Sun knows that too; that’s why their front page article last month on the opposition didn’t focus on Reid, it focused on the grassroots.  By the way, the Sun also put a kind article about me and the NIRS’ Legacy Fund as a sidebar on the front page too.

Heck, even the NRC staff knows it, even in the post-Jazcko era. They won’t even recommend that the project be pursued any longer.

The nuclear industry and its backers are persistent. That’s why some battles have to be fought over and over again. But we’re just as persistent. Yucca was named as the nation’s only high-level radioactive waste site by an ignorant Congress in 1987, to be operational by 1998. Right. It didn’t happen, and it won’t happen in 2018 or 2028 or any other date either.

We all owe Senator Harry Reid a lot for his efforts over the years. We owe each other a round of thanks too.

For some background on why Yucca Mountain is scientifically unsuitable as a high-level radioactive waste site, and a bit of history on the opposition, go to our Yucca Mountain page. You’ll find quite a lot.